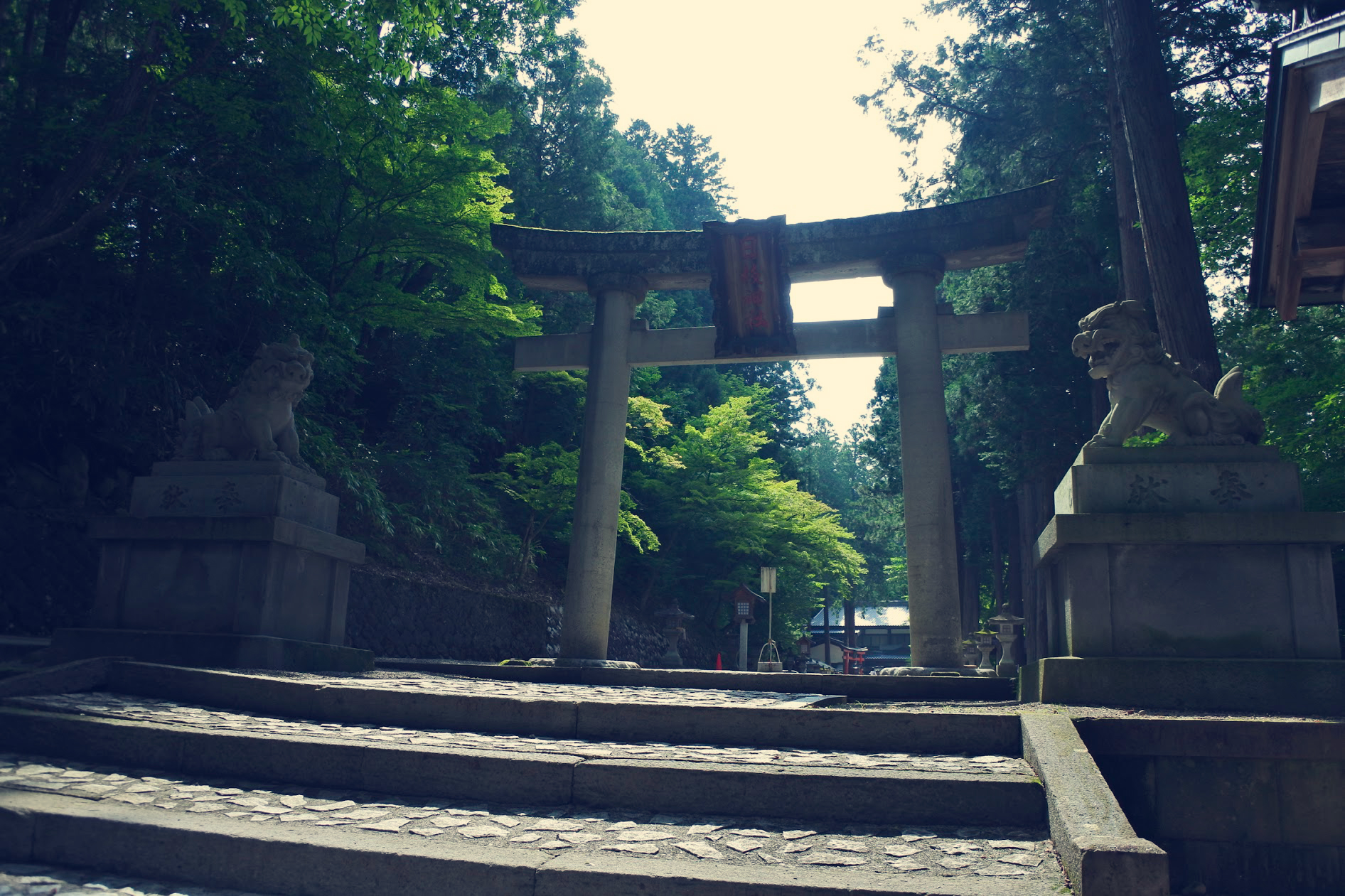 Situated in the foothills of the mountains around Hida Takayama, the Hie Shrine is nestled in lush green surroundings. It is a serene and peaceful shrine, dedicated to family safety. It was built in the current location in 1605 by Nagachika Kanamori, a samurai lord and ruler of this region, as his guardian shrine.

Once you pass the torii gate and enter the shrine precincts, you will come across a grand cedar tree that is said to be over 1,000 years old. There is something special about this shrine and its surroundings, and you will feel the vibe of peace once you are there. It is as if the time passes more slowly there, and many locals take walks, pay their respects, and spend time for introspection.

There are very few tourists, so if you get tired of the crowd in the Old Town district, the Hie Shrine is a wonderful place to go and rest your body and soul.

The shrine is also said to be one of the model shrines for the hit anime movie “Your Name,” and it is said to be the shrine that Mitsuha’s (the lead female character) family have been protecting for generations. Some hard-core fans visit the Hie Shrine as a pilgrimage to honor the movie.