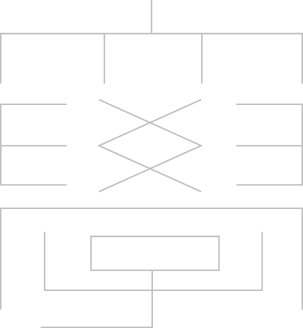 “Manabi” in Japanese implies many aspects.

First, “Manabi” can be translated into “learning.” We invite our guests to explore the surrounding neighborhoods and to learn the local culture, traditions, festivals and events. Located in a cozy neighborhood in the heart of Hida Takayama, you can immerse yourself in the local vibe and style of living.

Lastly, the “Ma” of Manabi-stay translates into “space.” We provide a tranquil space for you to escape the constantly busy everyday world and to embrace calm and restore your mind and body.

Our guest house welcomes everyone from around the world to learn, nurture bonds, and to replenish the mind and body. 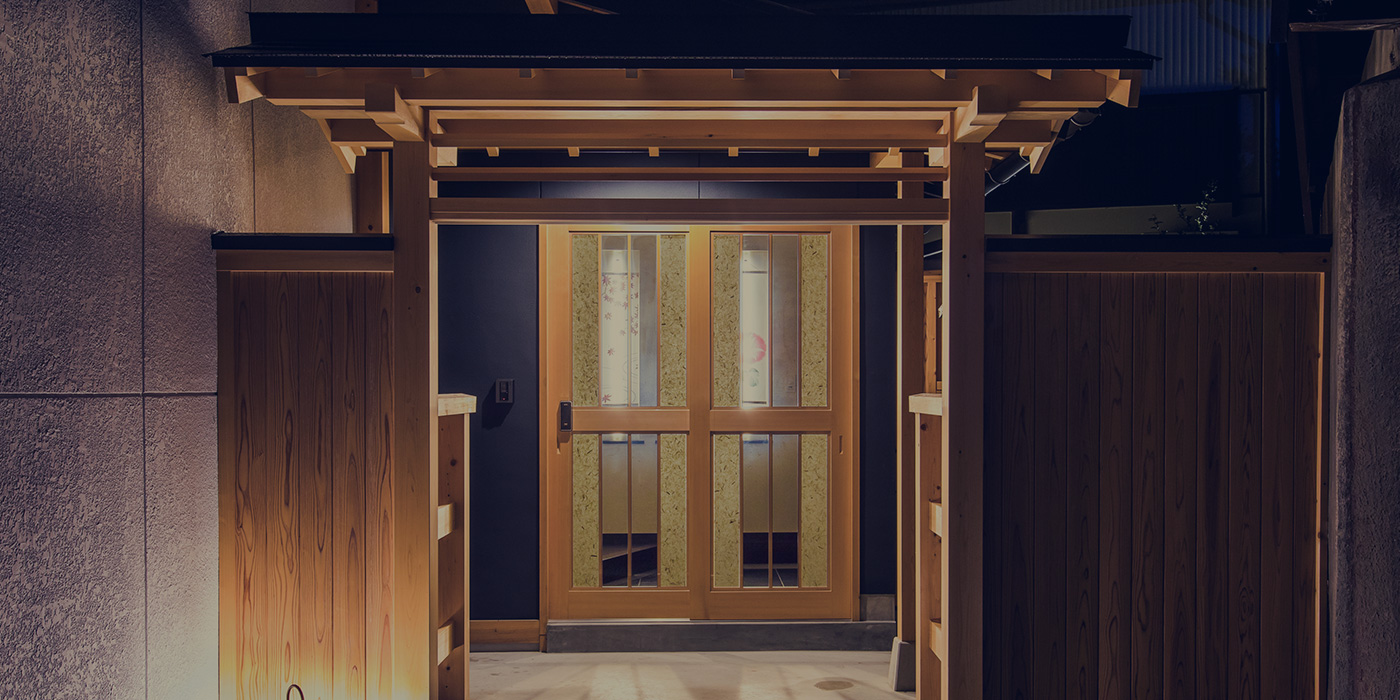 Manabi-stay Takayama is located in the heart of the Hida-Takayama downtown area, and is within walking distance to most of the major sightseeing destinations including the Old Town, morning market, and Takayama station. The building is newly renovated and is designed for you to enjoy an authentic Japanese local lifestyle in a comfortable setting. Please enjoy your stay at Manabi-stay as your home in Takayama. 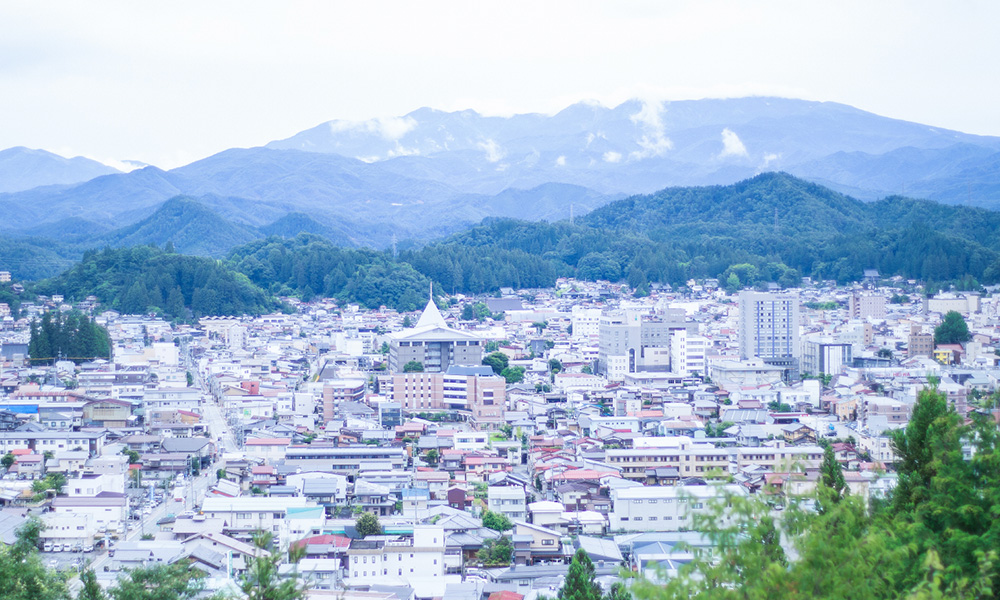 Manabi-stay Takayama opened in August of 2019 as the first guest house of the Manabi-stay brand. At Manabi-stay, we strive to provide our guests not only with an authentic Japanese culture experience but also with the relaxation and comfort of a home. Manabi-stay Takayama is located in the heart of Takayama city – just a 6-minute walk east from Takayama station (550 meters), and just a 3-minute walk (200 meters) from the Ikada Bridge, the entrance of the Furui-machinami (Old Town). 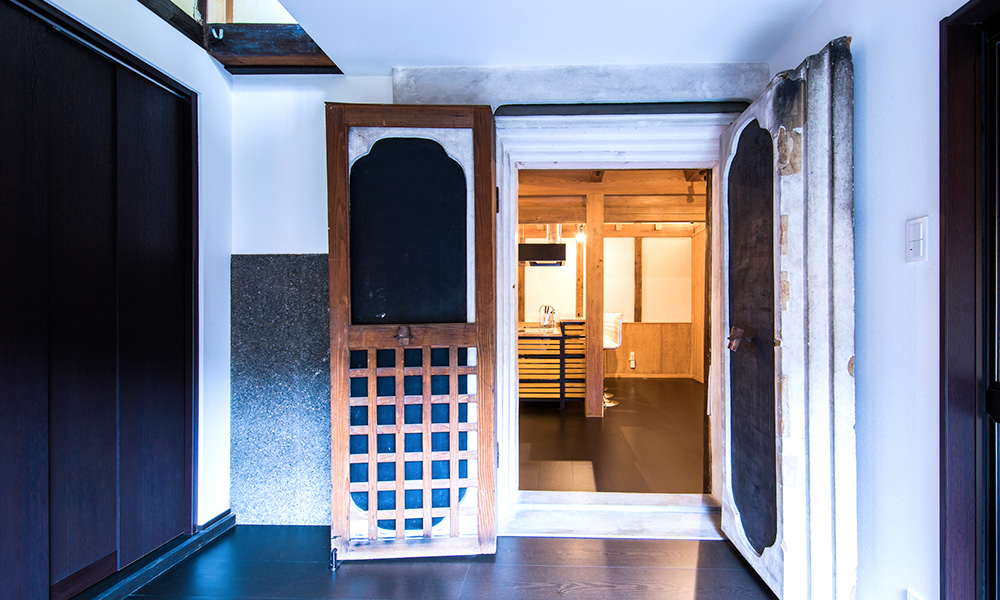 Connected to the guest house is a modern Kura (traditional earthen storage house), which has been renovated as a dining space with a complete kitchen. Built in the early 20th century, the Kura has a wall made of clay as thick as 30cm. Thanks to this clay wall, the dining space is kept cool in the summer and warm in the winter. The door of the Kura has a traditional jabara structure, which are fitted with a series of steps that fit into corresponding steps on the frame. In the old days, there were high risks of fire disasters, so this jabara structure helped to prevent fires from reaching inside the storehouse by closing the door air-tight. The beautiful jabara door gives the dining space a distinct historical atmosphere, and is one of the main features of Manabi-stay Takayama.
The Kura dining is complete with a full kitchen, refrigerator, and microwave. Kitchen utensils, dishware, and cooking amenities are also available.
Please enjoy the Kura dining room for a light dinner and drinks with your friends and family at the bar-style table. 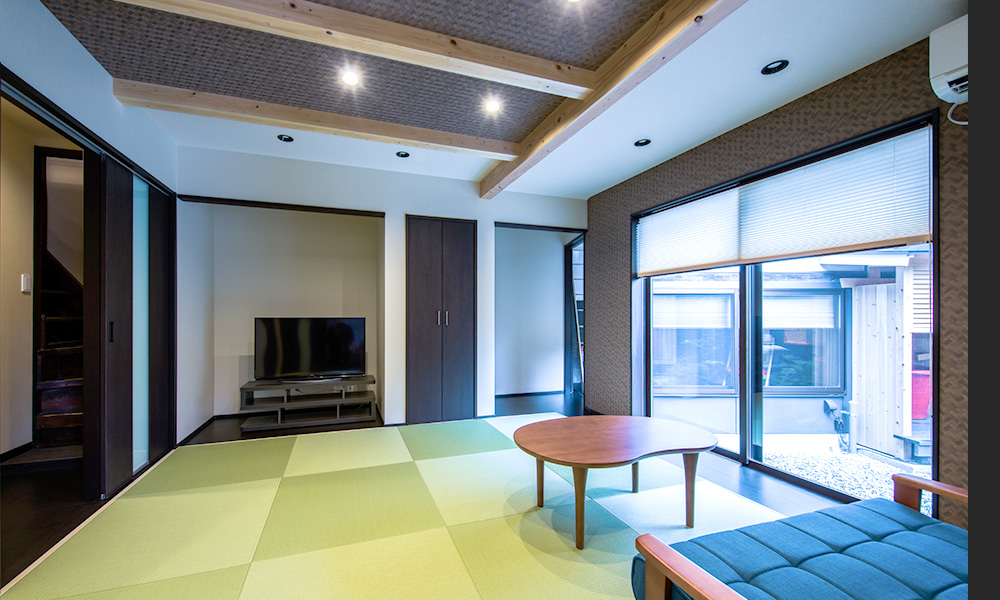 On the first floor is the relaxing living room with tatami mats made by Michiue Seijosyo, the tatami manufacturer located in Takayama’s old township.
Tatami mats are used as flooring material in traditional Japanese-style rooms. It is traditionally made using rice straw to form the core and a covering of woven soft igusa (rush straw). It is said that there are many positive effects of having tatami mats in a home, including air-cleaning effect, sedative effect (from the aroma), heat retaining/insulating effect and humidity control effect.
From the glass doors, you can enjoy the tsubo-niwa, the traditional Japanese courtyard garden. Stretch yourself out on the tatami mat, sip tea and chat, watch tv, read a book, do some yoga, take a nap. The tatami mat floor allows you to relax in any way you want. Some pieces of furniture such as the table in the living room are works of Hida Sangyo, a company famous for its wooden furniture with a history of over 90 years. Enjoy the warmth of Hida wood and innovative design through the furniture.
https://kitutuki.co.jp/english/ 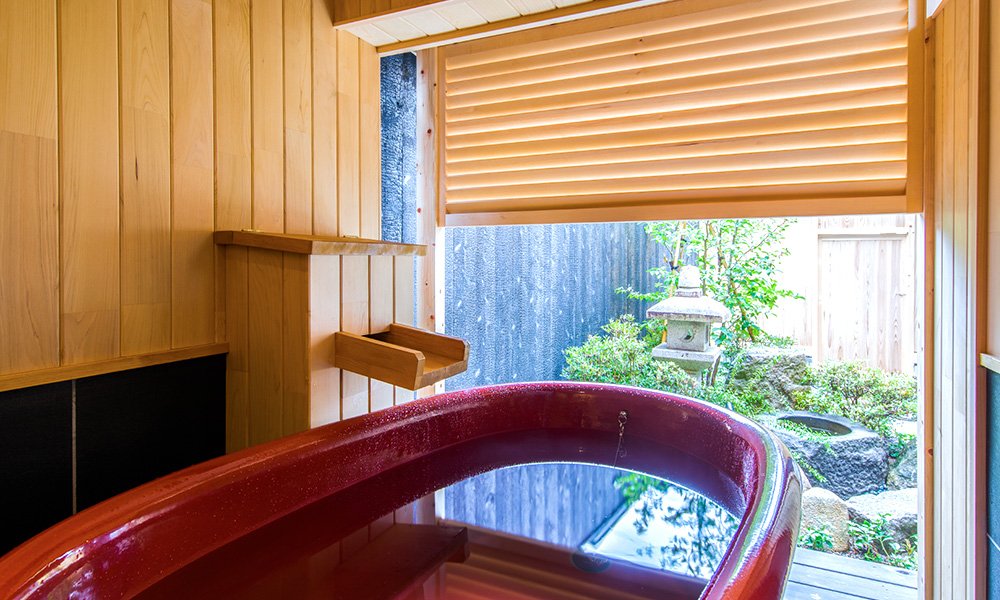 The open-air bath is located next to the Kura dining, overlooking the tsubo-niwa, the traditional Japanese courtyard garden. Enjoy a tranquil and relaxing time in the iconic red ceramic bathtub crafted as Shigaraki-yaki (a brand of stoneware pottery produced in the southern part of Shiga prefecture). The history of Shigaraki-yaki dates back to the 13th century. It was designated as one of Japan’s Six Ancient Kilns as part of “Japan Heritage” initiative by the Agency for Cultural Affairs in 2017.
The Shigaraki region is known for its high-quality clay. By using the strong-tensility clay from the bed of Lake Biwa, Shigaraki-yaki brings out an irregular and exquisite mix of warm scarlet red flashing, deep bluish-green tint and archaic flavor of ash. It is loved for its rustic taste, transmitting the Japanese traditional aesthetics of wabi sabi to the present age.
The making of Shigaraki-yaki requires 5 steps – shaping, pattern painting, design painting, glazing and firing. In the firing process, Shigaraki-yaki is kept inside a kiln with heat of approximately 1300 degrees Celsius for 1 week and taken out from the kiln after 2 to 3 days.
At Manabi-stay Takayama, please enjoy the color and texture of Shigaraki-yaki in the bath-tub as well as two washing bowls outside the shower room. 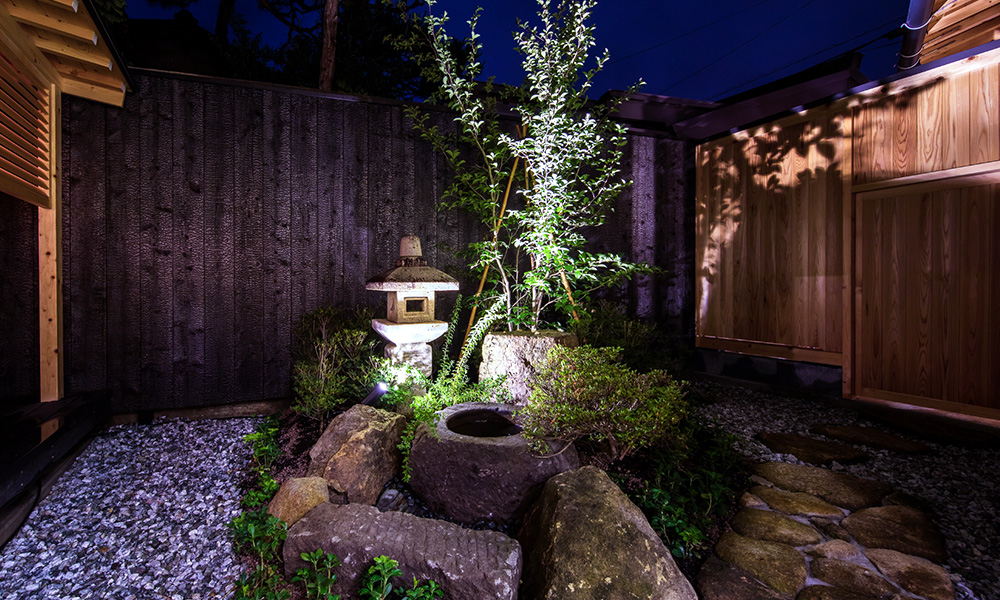 A tsubo-niwa is a small garden inside an enclosure of a traditional Japanese home. It was originally created as a miniature imitation of beautiful gardens of monasteries or nobility residence, incorporated into commoners’ homes. This style of housing was established during the Edo period (1603-1868AD) with the spread of tea-ceremony among the commoners. Kyoto townhouses, famous for their crammed housing units with narrow frontage and large depth, is said to be the origin of this style where tsubo-niwa was devised to allow light and wind to flow inside.
One meaning of tsubo (written 坪) literally means an area equal to two tatami mats or about 3.3 square meters, implying that the garden is small. Despite its small size, the tsubo-niwa incorporates each essential element of a Japanese garden – stone, water, and plants, and represents a small universe including mountains, forests, ponds and rivers. Gazing at the garden from the living room or the open-air bath will allow some quiet time for introspection. 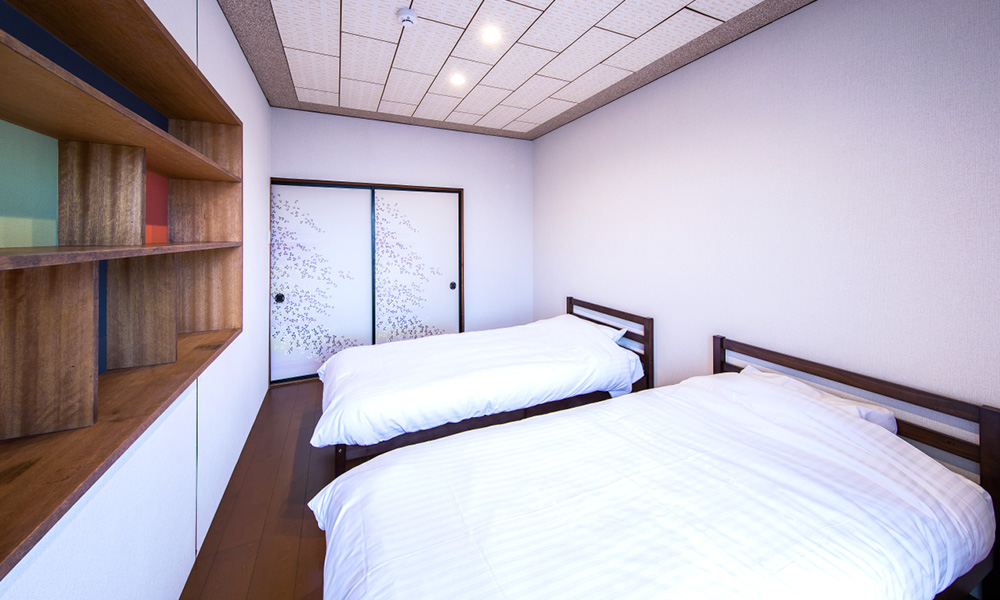 There are two western-style bedrooms on the second floor, with two beds each.
Although Manabi-stay is located in the center of Hida Takayama, you can enjoy a truly quiet evening for a good night’s sleep surrounded by the mountains of Hida. Each of the rooms have doors, so there is plenty of privacy even if you choose to share your stay with friends. 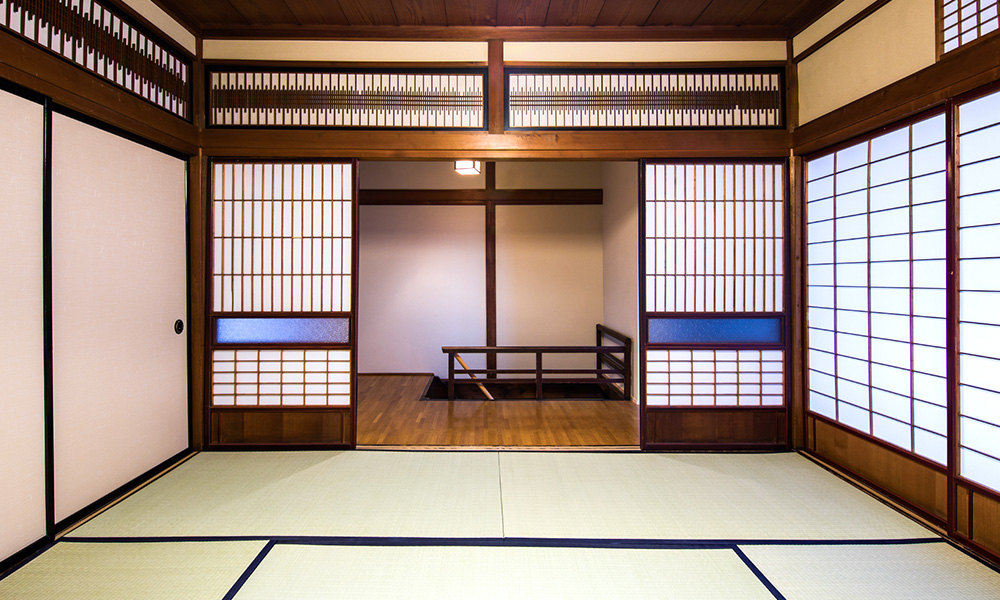 Outside the bedrooms is a traditional Japanese tatami room. Mats are made by Michiue Seijosyo, a tatami manufacturer located in Takayama’s old township.
This space can be used for relaxation, or as an extra bedroom with futon mattresses available for use. 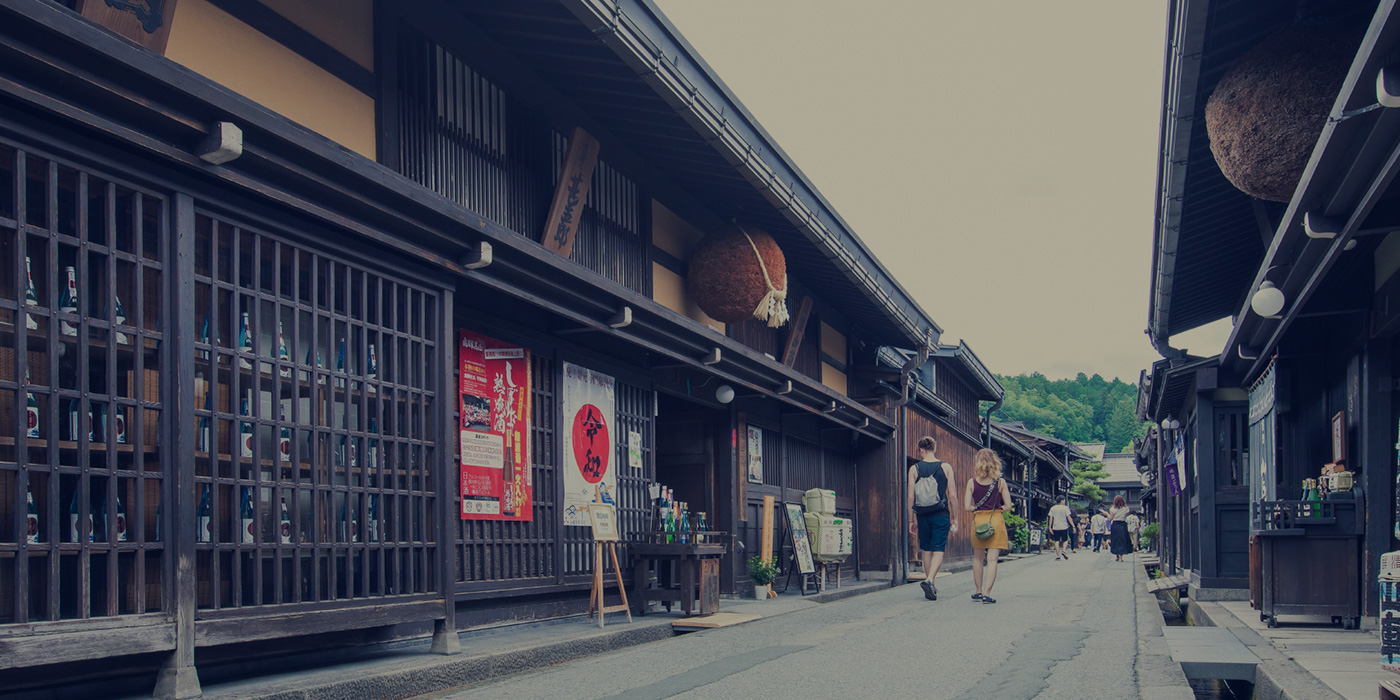 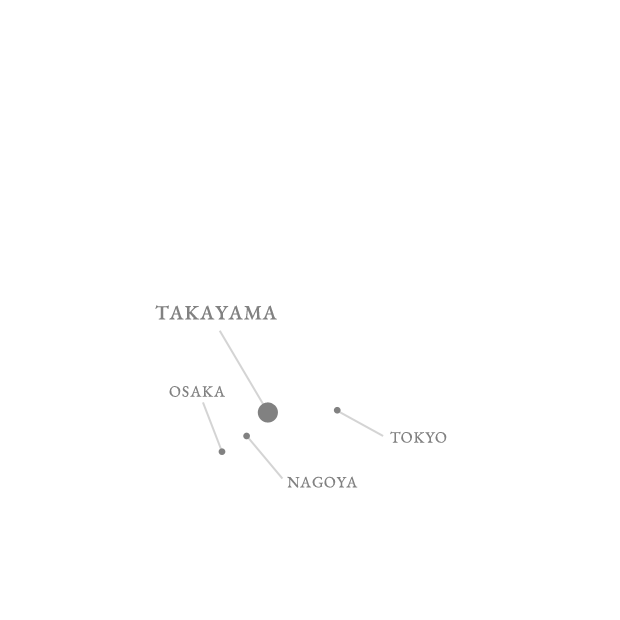 Located in northern Gifu Prefecture in the heart of the Japan Alps, Hida Takayama was settled as far back as the Jomon period (14,000-300 BCE). During the Sengoku period (Age of the warring states, 1467-1600AD), Kanamori Nagachika, a feudal lord who served as a retainer to Oda Nobunaga, entered Hida. In 1588 he started to construct his castle in the current location of Shiroyama Park, and began to organize a town around the castle, becoming the first ruler of the Kanamori Clan. Kanamori constructed roads stretching out in all directions from the castle, leading the town of Takayama to function as the center of government and economy. Situated deep in the mountains, the people of Hida Takayama have always co-existed and have had a deep relationship with the mountains, and temples and shrines were placed surrounding the town, reflecting the mountain worship of the people.

The foundations of the current town of Hida Takayama were created by the initiatives of Kanamori, and the divisions and roads in the center of Takayama are almost exactly the same as they were 420 years ago.

After six generations of rule by the Kanamori clan, Hida came under direct rule of the Tokugawa Shogunate from 1692, and a magistrate’s office, Jinya, was placed in Hida Takayama.

The direct ruling by the Edo Shogunate lasted for 177 years until 1868 when the Meiji government came into power. Takayama Town, which later became Takayama City, was established in 1875.

Hida Takayama formally launched an effort to promote itself as a tourist destination for overseas visitors in 1986 under the government’s inbound tourism policies. The town pursued a range of initiatives, among them providing all the signages around town in English. In a city with a population of 90,000 people, it has welcomed 460,000 foreign visitors in 2016 alone. The entire town from the officials at the municipal government to the farmers at the morning market have a good understanding of inbound tourism, and the people of Hida Takayama are genuinely friendly and welcoming of tourists, making the city an incomparably attractive destination from people around the world. 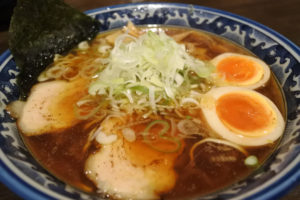 Takayama Ramen
Slurp in the Goodness! 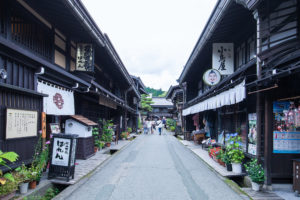 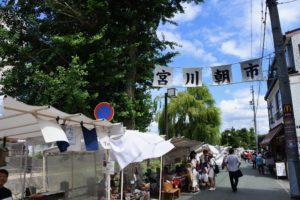 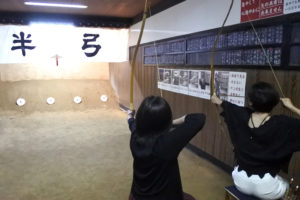 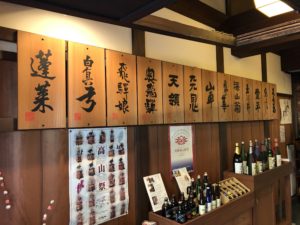 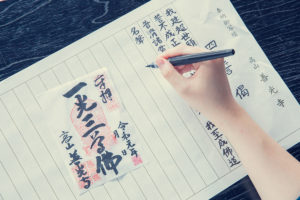 Premiere location – Takayama Station and the Old Town are a 5-7minute walk.

How to get to Takayama