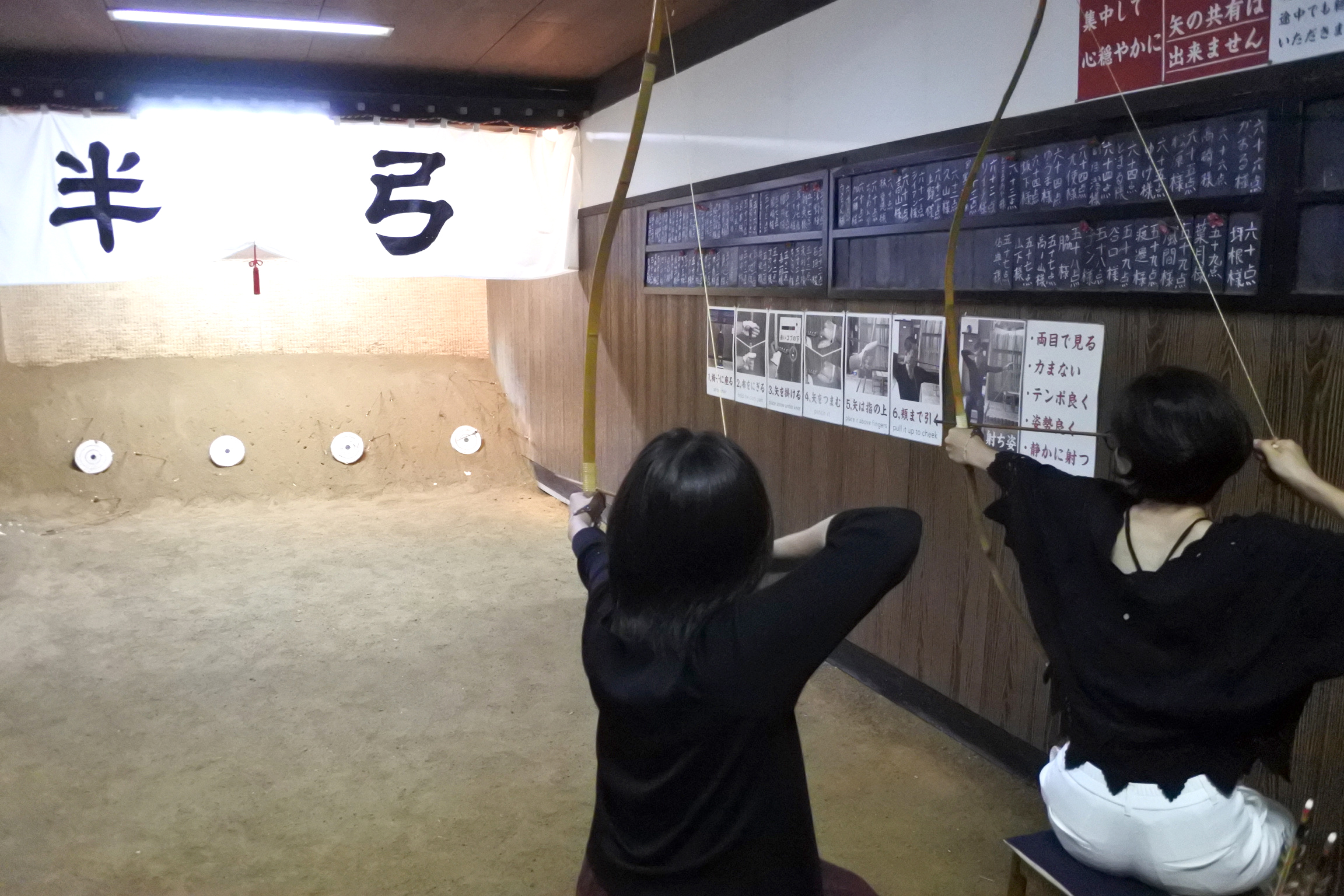 Located among the bars and izakaya, there is a Hankyu Dojo, which literally translates to Half-archery training house. Why half? It is because you practice kyudo, Japanese archery, seated!

The dojo opens only at night, and many locals stop by after drinks and dinner. Hankyu was originally a game for samurai to show off their archery skills to women after drinks, and you might say it is the Japanese equivalent of a darts bar. For 300 yen, you get 10 arrows. It is difficult in the beginning, especially after alcohol, but after a little practice, you can hit the target, which becomes a lot of fun!

Definitely something to experience only in Hida Takayama!